Dora Grant DAO Round 1 successfully concluded in November 2022 and after close communication with all the grant candidates we are proud to have been able to support 6 teams from the first batch of applicants. The first round received fantastic reception from our community with DORA community members staking a total of 48877.6214 Dora Token allowing them to vote, and over 130874 community votes casted contributing to the voting process.

We have been in the process of granting these teams and forming appropriate milestones for the projects to receive funding so that as a community we can follow their journey from an early stage project into a well established startup. Within this article you will find further information about each team, their milestones and the funding schedule.

Upfront ($30,000): This initial funding will be used to hire a full time full stack engineer in order to improve and develop a faster cede.link dashboard.

Milestone 1 ($30,000): CEDE Labs will have private beta set up, 3 project integrations on their product and begin a marketing campaign.

Milestone 2 ($40,000): CEDE Labs will a public beta and be ready to launch, and have 6 project integrations on their product

Project Update: CEDE Labs have just released the first batch of the cede.store private beta. They will also release new batches very soon depending on the quality of the first feedback and the amount of interested people who want to try it.

They are currently trying to develop a faster cede.link dashboard, and are hiring devs; and they are working on growing and building a strong community to test properly cede.store private beta and be ready for the public launch of our two products during Q1 2023

Community Perks: The best way to help and get involved in the project is through the Crew3 space https://cede.crew3.xyz

Complete as many quests as you can to move up in the leaderboard, to increase your chances of getting access to the private beta and to win future rewards (only for early contributors like Dora Hacks community)

Milestone 1 ($35,000): KlayOracle is ready for deployment on mainnet and public use. The team will be working on making KlayOracle more censorship-resistant and decentralized by implementing token-based reward systems for participants in the network.

Project Update: Currently the KlayOracle team is working on researching existing Oracle business models, Tokenomics and architecture to further improve their product in their market sector. The team is also working on drafting a whitepaper to release to the public. They are also refactoring v0.0.5 Adapter and Node.

Community Perks: Incentives for the community will kick in when the KlayOracle team relaunch the testnet version. Tokens will be airdropped to users who engage with the testnet once they go to mainnet.

Project Update: Lewk team has been working on designing and building out a user experience to allow builders to mint non-transferral soul bond badges based on their on chain and off chain activities as well as binding with their builder on chain profiles (BOP).

Community Perks: Dora hacks community members can create on chain profile (BOP) through Lewk portal UI for free and get matched with our recruiting partners which include recruiters and startups.

Project Update: The Prestare team have completed the website design and it is now live for everyone to access. They have also finished the whitepaper for their project, which provides a detailed overview of their goals, vision, and plans for the future. It is available for review on their website. Anyone who is interested in knowing how undercollateralized loans works on Prestare may have a look on that.

They have launched their social media presence on platforms including Telegram, Discord, and Twitter, and are excited to connect with the community on these channels. Theyhave set up a legal entity for theproject, which will help them operate in a transparent and compliant manner. They are pleased to announce that their core smart contract has been completed and the alpha testing will be ready for implementation within one month hopefully.

The team value the input and support of theircommunity and encourage everyone to get involved in the development of Prestare. You can provide feedback and suggestions by joining their community forums or discussion groups, or by reaching out to them on social media. They will also host events and webinars where you can learn more about the project and ask questions.

Community Perks: As a decentralized lending protocol, they are committed to building and engaging with their community. To thank and reward the early adopters, they will be offering token airdrops and limited quotas for beta testing. Participants who win in the future campaigns including Testnet, Bug Bounty, AMA, and more maybe eligible to claim the PRS native tokens.

Milestone 1 ($30,000): Faceless shall set up a cryptographic library written in Rust that implements the underlying anonymous identity-based encryption and zero-knowledge proof scheme. The main statements of the zero-knowledge proof schemes are defined in st_{transfer} and st_{burn} in our whitepaper. Faceless will perform unit tests on the individual algorithms to ensure their safety

Milestone 2 ($40,000): The main delivery of this milestone is the client that can trigger the aforementioned cryptographic modules and the necessary UI to enable the users to interact with all these algorithms. Faceless will perform unit tests on individual algorithms to ensure their safety. Faceless will launch their product on the Solana blockchain

Project Update: Since the announcement of DoraGrant DAO winners, Faceless has completed both the design and implementation of frontend, and integrated the frontend with the smart contracts they developed.

They have deployed their product on Polkadot, and have delivered the second milestone of Web 3.0 grant. Their next steps will be focusing on the deployment of our product on EVM-compatible blockchains. Currently, they are redesigning our scheme so that it can better match EVM blockchains.

As Faceless founder Dr. Heisenberg Lin is the Chair of IEEE special interest group on privacy-preserving and regulation-compliant blockchain, the team is working with scholars from both Europe and North America to re-define both the academic and industrial standards for the next-generation blockchain technology. Stay tuned for more news coming out of this group.

Community Perks: After the deployment of the product on EVM-compatible blockchains, launching the testnet will be the next step. All the Dora community members will be invited to be early users. There will be rewards for the early users of the product! Stay tuned!

Milestone 1 ($40,000): Faro will launch their minimal viable product and first beta testnet for the community to interact with.

Milestone 2 ($30,000): Faro will be performing multiple independent smart contract audits after the permissioned testnets are made available. Additionally, Faro will be opening sourcing the codebase in preparation for the mainnet launch alongside the decentralization of these zkEVMs

Project Update: The Faro team have been working on building a minimal proof of concept for their codebase and documenting their architecture stack. They are also in communication with potential mining partners to run the phase 1 nodes.

Community Perks: While they are currently focused on building, please don’t hesitate to contact them through https://twitter.com/FaroStaking or Farostaking@gmail.com with any questions, comments, or holiday greetings.

After due diligence we regret to update that the Cruzo team is not eligible for the grant opportunities from Dora GrantDAO round 1. We will continue to conduct rigorous due diligence to potential grantees in the future to protect the best interest of DORA community members.

Dora GrantDAO Round 2 is currently underway and there are some fantastic new projects and also opportunities to participate and receive funding from the DoraHacks Community. Feel free to get involved as a developer or as a community contributor, through watching the live demo sessions on youtube or binance live and visiting dorahacks.io and reviewing the submissions.

DoraHacks is a global hackathon organizer and one of the world’s most active multi-chain Web3 developer platforms. It creates a global hacker movement and provides crypto native toolkits to help developers around the world team up and fund their ideas and BUIDLs via hackathons, bounties, grants, grant DAOs, and public good staking. By far, more than 3000 projects from the DoraHacks community have received over $20 million in grants and other forms of contributions from supporters worldwide. A large number of open source communities, DAOs, and more than 40 major blockchain ecosystems are actively using Dora’s infrastructure (DoraHacks.io) for open source funding and community governance.

Thanks for the work to finalize the round!

However, I do have strong concerns over the funding amount, here is my post:

As stated in a previous announcement, Dora Grant DAO is going to fund 6 projects. The good thing is - DORA Grant DAO admin team tried to fund as many projects as possible based on community voting results. However, the total promise to fund all 6 projects is 415,000 USD, more than doubled the amount proposed to be used to fund this round in the first place ($200,000). For the vcDORA community members who participated in the first round, this is a good news, because more funding is granted. But…

I don’t normally discuss DAO governance details, but I need to speak out on this one.

Funding decisions are made by community voting, but the Dora TEAM has a fiduciary duty to do thorough due diligence.

It’s not difficult to find out some problems of the listed projects.

Faro and Klay Oracle have no active GitHub contributions for a long time. What are they doing during the past months? Look at the links: 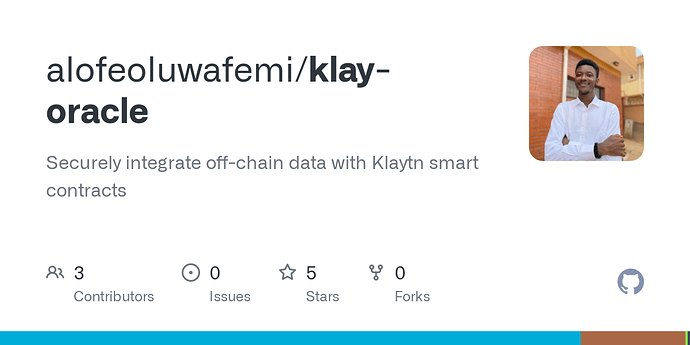 None of them have a working product, and none of them seem to be having one.

For Lewk and Prestare, they don’t seem to have any synergy with Dora, nor do them fall into the category of “critical Web3 infrastructures in the future”. Can you explain why you choose to fund these two projects?

Many good ideas. They will execute well?